To say married life is very attractive and a life full of perfection. But this life can become happy only when there is harmony, unbreakable love, trust and mutual understanding between husband and wife. Otherwise, married life becomes full of bitterness. How is your married life? This is an important issue.

But there are many things like this. Women often feel hesitant to express themselves to their husbands, but they do expect their husbands to understand and support them. The relationship between husband and wife is such that ‘couples understand each other’s feelings without saying.’ Actually, this thing sounds less real and more imaginary.

This is because husbands themselves keep complaining that their wives expect their words to be understood without them being told. His thinking frustrates us. If you are also such a husband, then we can help you a little to know what such things are. About whom every wife hopes that her husband understands them without saying!

Husbands also have similar thinking that wives should understand their feelings and understand their hearts without saying anything. There are many such habits due to which the relationship between husband and wife remains a compulsion or burdensome relationship. Friends! Do you also expect everything from your partner instead of taking the initiative from your side?

(1) Feel free to say the things of the mind-

The relationship between husband and wife becomes wonderful when both of them learn to speak their heart to each other without any hesitation. The relationship between husband and wife deteriorates due to this reason. Most of the wives want to talk about their hearts, go to a garden, watch a favorite movie, go to a special place like before and express their feelings, even if it is an expression of love! Hesitate to do so.

So at the same time, some husbands also do not show interest in spending their feelings, or time with their wives. But most couples make a habit of leading a monotonous life after a few years. In fact, after falling into the household, they keep making excuses for being busy in their daily life. The love-filled jokes and light-hearted romance between them are also over.

The mixed result is that both are unable to maintain a satisfactory relationship with each other even if they want to. Incompleteness always remains. Which can prove to be very dangerous for their life? Just think and see if both of them can remove the hesitation between them. Then life will be so easy. This misconception only becomes the reason for the separation between husband and wife.

(2) Take care of each other’s feelings-

Be sure to pay respect to your partner’s friends or relatives. If you respect each other’s relatives, relatives, then your respect for each other will increase. You will get love and respect from each other forever. And yes! If any bad character or behavior is not right with you, then definitely tell your partner. So that later you do not have to face mental trouble due to such people.

In such cases, the solution can be found by mutual understanding of the husband and wife. From the Ramayana-Mahabharata period to the present day, there has not been much change in the family problems. Change is just the way of living and the way to jam.

Talking about the rights of husband and wife, there has definitely been a change in the society and law regarding their rights. But let us tell you that the relationship between husband and wife is not governed by any law or any pressure. This relationship can work only when there is mutual affection, respect and dedication between the two.

(4) If there is a quarrel among them, then after some time try to persuade each other-

It is common to have a fight or quarrel between husband and wife. But if there is a slight fight then it is a special thing to try to persuade each other. It is difficult to live without the one you love. The love of husband and wife should also be like this.

Must Read :- What to Do If Husband Cheats and how to know

Whatever the couple. It is bound to change in their physical appearance after marriage. Some couples try to keep themselves fit and they also succeed in this endeavor. But some couples don’t even make effort. But what is typical of some couples is that they may have changed physically. They like each other just the way actually they are.

Let us tell you that this happens only when couples love each other very much and take care of each other in the same way even after a few years of marriage. Like you used to do before. Husband and wife should always remember that these small things put a heavy burden on their relationship.

Couples often ignore these things. They think that their partner will take care of himself. This work is his. Friend, husband or wife. If you take care of your partner, then it directly affects your partner’s heart.

(6) Finding small joys in everything-

Friends, happiness-sorrow, ups and downs come and go in life. Some couples panic after a few years of marriage thinking that now that they are old, they should live like senior couples. Now they have become parents. It no longer suits them to behave as before, and so on.

But there are some couples living very happily. They express love to each other equally warmly. The relationship of friendship and love continues with the same warmth. They are so deeply attached to each other in the bond of love that they have no time left for any other tension. Friends, this is the art in the lifestyle of intelligent couples. They find the little joys in their own little world while spending time with each other.

(7) Maintaining balance in the relationship-

But the couple who are truly in love with each other manage to walk together despite all the difficulties. Friends, the relationship of such couples becomes strong and becomes a source of inspiration for others. How should be the relationship between husband and wife? Lessons can be learned from such couples.

(8) Behaving well with each other-

The most important thing in a husband-wife relationship is to trust each other. The stronger the bond of trust between them, the stronger their love. Because after marriage a new life starts. Two people who do not know anything about each other tied the knot. Along with their thoughts, hobbies, lifestyle, food habits etc. it also takes time to know what is the ideology towards relationships.

In such a situation, there is bound to be some difference between them. Different people also have different views of them. In such critical times, only trust between husband and wife is needed to maintain their relationship.

The hallmark of good couples is that they don’t refresh old things in the midst of fights or fights. Rather, remembering such things increases mutual discord. It is wise to forget them. Doing this proves to be better for their relationship as well as for the whole family.

(11) Sharing your problems with your partner-

Friends, let us tell you that the relationship of husband and wife is not only to live together in happiness but also to support in sorrow. Still, many couples like to keep themselves alone when they are in trouble. While it is not right to do so. If you share your problem with your partner. So both will try to fight this problem together. The benefit of which will be that keeping each other in mind, the relationship of both will be even stronger. A sense of belonging will start to arise between the two, which will prove beneficial for them.

After marriage husband and wife become so busy in their life. They do not even remember that it is necessary for them to move here and there. Actually, there is so much tension in today’s run-of-the-mill life that in the midst of these hassles, couples forget to give time to each other with all their heart. As a result, after a few years the relationship between them starts looking dull.

Therefore, husband and wife should take special time for their partner according to the situation or according to their convenience. If possible, go for a walk somewhere where both can spend at least that much time with each other without any tension and disturbance. Believe it! By doing this, the relationship between you will start getting stronger by filling it with new energy, new enthusiasm.

(13) Do not be stingy in praising or asking for forgiveness—

How can you be stingy in apologizing or apologizing when you have vowed to be with each other for seven lives? Such should be the relationship between husband and wife. If you want to be praised, do so wholeheartedly. If there is a debate on any matter, then you should apologize wholeheartedly. No matter how many fights happen between husband and wife. If both are not stingy in apologizing to each other than reconciliation between the two is equally quick.

In fact, one of the reasons for the extreme separation between husband and wife is that at the time of reconciliation, there is a conflict in the egos of both. Sometimes this problem takes such a terrible form that couples keep estrangement for many days, for many months and sometimes even for years. No one wants to go ahead and talk.

As a result, this ego becomes the main reason for the breakup between them. Man! Talking only makes a difference! Apart from these two, no one can understand the problem between husband and wife. Therefore, couples should go ahead and solve their problems on their own. Apart from this, to remove tension in husband and wife, you can directly connect with our world famous astrologer through our page dainikastrologyservices. Who is fully capable of solving any of your love problem solution. 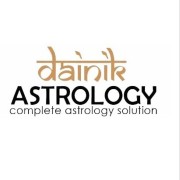 How to control your husband

Which is the best matrimonial website for Christian community?