Labyrinthitis is an inner ear condition that causes dizziness, Vertigo, & issues with the body’s natural balance. It’s may also cause other symptoms like acute nausea, vomiting, & motion sickness in patients. Labyrinthitis occurs when the inner ear structures called the labyrinth gets inflamed & infected, either due to an inner ear infection or an infection of the vestibular nerve. It can sometimes also happen as a result of some viral illness that causes inflammation in the inner ear nerves. To understand labyrinthitis better, we have to understand the anatomy of the ear. The anatomy of the ear consists of three parts: a) outer part, b) middle ear, & c) inner ear. In this article, we are provide details about the labyrinthitis treatment, causes and symptoms

The outer ear is made up of parts you can locate from outside the body. There is the auricle, also known as the pinna, the earlobe, & the ear canal that lasts up till the eardrum. These together make up the outer ear. The middle ear consists of the eardrum, also known medically as the tympanic membrane, and the various types of auditory bones also known as the ossicles, incus, malleus, & stapes.

The inner ear consists of semicircular canals that contain fluids, the cochlea, the vestibular nerve, & the auditory nerve. The inner ear houses the body’s vestibular system, also known as the balance system. The semicircular canals contain tiny motion-sensitive hair-like particles that sense whenever external motion stimuli occur & transport the information to the brain via the vestibular nerves.

Infection of inflammation in the labyrinth (the structure that houses the vestibular system) or the vestibular nerve, can cause problems with the body’s natural balance. This in turn leads to Vertigo symptoms like dizziness, nausea, motion sickness, & vomiting.

Labyrinthitis symptoms & signs may include:

Labyrinthitis symptoms also closely resemble those of another inner ear disorder called Vestibular Neuritis. Although most of their symptoms overlap, Vestibular Neuritis doesn’t involve hearing loss. That is often an important factor in differentiating the two disorders.

Doctors & the medical community as a whole have been unable to figure out the exact cause of Labyrinthitis. Swelling or issues with the nerve inside the brain are some of the labyrinthitis causes. This nerve helps maintain balance & hearing in the body. Another probable labyrinthitis cause could be viral illnesses or infections, that can cause swelling or inflammation inside the vestibular nerve & other crucial inner ear structures.

The viruses that can cause this include the influenza virus, the herpes virus, measles, mumps, rubella, hepatitis, Epstein-Barr virus, & poliovirus.  In some cases, inner ear problems like barotrauma, which is an injury caused by abnormal levels of pressure inside the ears, or otosclerosis, which refers to abnormal bone growth that affects the middle ear, can also cause labyrinthitis. As for contagiousness, labyrinthitis itself is not contagious as an infection. However, other viral infections that can often cause labyrinthitis could very well be contagious.

The only way to know for sure if you indeed have Labyrinthitis is to see a doctor as soon as you begin to notice symptoms. As specified before, labyrinthitis symptoms can often resemble those of other viral or vestibular disorders, thus getting an accurate diagnosis is often essential. A Vertigo specialist or a trained neurologist can help differentiate between labyrinthitis & the various other conditions that it can mimic, on the basis of certain tests & observations.

Your doctor will likely use an otoscope to check the insides of the eardrums & the ear canal to look for any signs of redness, swelling, & inflammation. They will also look for earwax build-up or any other abnormalities in the ear. Your doctor may gently blow air against the eardrum to see if it moves, which under normal conditions, it should. If it doesn’t move, that could be a sign of the presence of abnormal levels of fluid inside the ear which are hindering the normal functioning of the ear.

Aside from this, your doctor might also use a tuning fork to diagnose neurologically arising hearing loss.

Labyrinthitis usually goes away in a few weeks. In cases where the symptoms don’t resolve on their own, you might need to seek out specialized labyrinthitis treatment.

In case you’re also having balance problems, your labyrinthitis treatment may also include visits to a physical therapist who can prescribe exercises to help you with reinstating your natural balance & gait.

Your doctor may recommend some of these labyrinthitis treatment medicines to you:

As you can clearly see, some of these medications are also vertigo medicines, & are used for vertigo treatment. These are recommended to patients to help relieve them of their vertigo symptoms arising from labyrinthitis. Other prescription medications, for example, steroids (prednisone), antibiotics, and antivirals may also be prescribed to help reduce inflammation and treat any other infections associated with labyrinthitis.

In addition to medications, your doctor may also recommend certain labyrinthitis treatment exercises to you to help with your vertigo, dizziness, & balance symptoms. These exercises may include some general vertigo exercises, along with some specific exercises designed for your particular symptoms.

The home remedies for labyrinthitis include: 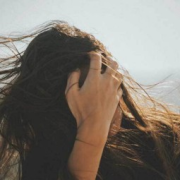 Which disease can be tested by a blood test?

Choosing the perfect diet options for a healthier you!

Everything You Need to Know About Nitrazepam 10mg